Between September 2017-2018, 45 states and the District of Columbia added construction jobs, according to an analysis given by Associated General Contractors of America of labor Department data released on October 19, 2018. While Job gains were a great sign of promising and exceptional business environments, Association officials did emphasize that there was difficulty in hiring qualified craft workers, which could impact contractor’s cost, and could extend construction job timeframes.

Get a great product that saves you time and money with Demobags. Learn more about our contractor woven bags, and what bag is right for your job. 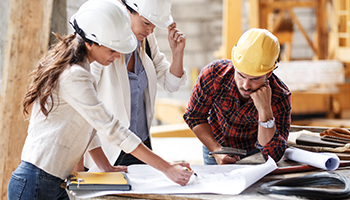 In a survey released in August this year, 80 percent of construction firms were having trouble hiring hourly craftsmen, and 81 percent said that the problem will remain a big issue or possibly worsen in the next year. Because of this, The Association of General Contractors called to public officials to implement immigration reform and to work on doubling the funding for career and technical education programs to help educate and train future construction workers. Most agree that proper training will help new construction workers to find rewarding careers in their future.

DIY Renovation: 5 Tips To Get You Started

After the Storm: Helpful Tips for Successful Storm Cleanup